I’ve lived a life of revolving doors. I’ve yet to do anything that feels permanent. If I were to plumb the wells of my psyche past the point of discomfort, it is likely that I don’t believe in permanence of any sort. But I don’t like to go to those places.

School and work. That’s basically been my story, with interruptions of life along the way. Neither school nor work – and definitely not the episodes of living in between – have ever felt indefinite. School has come and gone in blocks of years, always existing with an end-goal in mind. To graduate, to bigger and better things, to moving on. Work, too. Most jobs I’ve had were intentionally temporary, even the ones I was fired from. The closest I’ve come to a career, or something that would last for longer than my immediate plans, has been teaching.

Yet, close as it is relative to anything else I’ve done, teaching still falls flatly on its face. The field of special ed is distinguished for its personnel platooning, the average career span being about 2-3 years – the exact time I spent in it. I’m as average as they come, and I hate myself for it. At the two schools I taught, even in a short timespan, I grew accustomed to the pendulum swing of new teachers coming and going, myself being another lap of its ceaseless path.

While I exited special education, I didn’t leave education altogether, heading for the greener pastures/opportunity for more money teaching in Korea. If SPED is a revolving door, then teaching English abroad is a carousel in perpetual motion, people getting on and off at any and all points while the rest of us just hold on until our bank accounts alert us that it’s time to go on another ride.

It’s a common occurrence to go to goodbye dinners and last night outings. People are always leaving. Within the first year of working here, all but one of the original team members I worked with have left. It’s not sad as much as it is numbing; the weight of “oh my god it’s the last night I’m gonna see you!” starts to hollow out and subside. It’s easy to accept the reality that I’ll never see or interact with these people again, not for any sense of ill feelings towards them, but simply because of an immovable truth that people enter and exit your life at the whims of forces greater than our perspective can disclose. All I can do is try not to let that reality interfere with my daily decision making, not allowing myself to rationalize out of relationships simply because I know they won’t be permanent. Better to have loved and lost, or something.

That truth is easier to wrestle with now that I’m older, but with age I find myself grappling with the reality and immediacy of our  mortality. For each wedding invitation I get – another indication of the unrelenting march of time – I seem to get another text message that someone has died. Just recently, a friend and former coworker of mine passed away from a surgery-induced infection; someone just fucked up during the procedure. And that’s it. One mistake, which all humans are destined to make, and the curtains close. She was a good person, a kind, caring soul that dedicated her life to educating kids with severe disabilities, students that are teased for medical conditions, with whom other teachers tend to avoid eye contact. In a mercurial line of work, her tenure was inspirational; if there are prerequisites for sainthood, Mrs. Shelton would certainly qualify. But on a planet with 7 billion people and counting, the truth is she’s nothing special. The life of one person, even a good one, does not change the world’s tilted axis.

The first meaningful person to die in my life was a high school friend, Chase Morrill, his name always eliciting a snicker at the homophonic idea of chasing after morals. I can’t lie and say that we were terribly close, but being two of the few kids from the same side of the island in a grade that boasted 40 students total, we definitely spent a lot of time together. He was my friend. He died two years after high school graduation, when I was on the mainland for college. While the rest of my friends gathered back home to honor his life, I was en route to blacking out at a baseball team house party trying to scheme my way into some sloppy sex. I’ve always felt like I needed forgiveness for that, but I could never figure out why. Like most scars, it fades with time into the tapestry of your appearance, becoming no more unnatural than the innocent skin you were born with.

I’ve been lucky so far that I’ve yet to experience a death in the family. I can’t even entertain the idea of it without shaking a bit. I can genuinely say that my parents and my brothers are all good people, people worth knowing. Yet, as I sit in my classroom typing this, an ocean away from my family, I can’t remember the last time I called, texted, or emailed any of them to say anything worthwhile. To simply tell them I love them, and that I appreciate my upbringing. It’s easy to dismiss, because deep down I know they know I feel that way, just like you know when a loved one is sorry for hurting you even when they don’t apologize. Doesn’t mean it shouldn’t be said.

While I ready myself to go out later for a friend’s going away dinner, a thought juts into my mind. For all the haze that partying has inflicted upon my memory, this moment appears with a clarity that is ironically becoming of drunken confidence. Maybe a few weeks after I witnessed a peer – this time not a friend, just an acquaintance  – collapse and die right in front of me, I was walking home from a party. I bumped into some people drinking in the back of a truck in their driveway, and asked for a cigarette. They obliged, and we chatted for a bit. I only recall two things: First, I declined a beer because I was “feeling pukey,” which we shared a laugh about. Second, as I left, doing the rounds of handshakes that were warranted by their hospitality, I said, “You know, we’ll probably never see each other again for the rest of our lives. Trip, right?”

Hands still locked in a drunken grasp, the man responded: “That’s a weird thing to say.” We laughed, and I moved on down the road. I’m still not sure if he was right or not.

That’s it. There is no point. There is no revelation to be had, no Joycean epiphany or existential validation. Just the cold, resounding gong of what everyone already knows: Life happens until it no longer does. I try not to, but I think about Chase from time to time, and I can’t help but smile to hear his name again. He died diving into the ocean, a love we both shared, doing something both of us have done a thousand times before. There is no “why” to his death, it just is. Our love for the ocean was as innocuous as it gets, more so than Jelna’s surgery. The ocean was our landscape for an innocence that doesn’t exist outside of it. Perhaps that was the moral he was chasing. Or, maybe, to chase anything at all, is the very point of life. If there is one.

My family believes in a heaven that I don’t, the cause of an ineffable strain on our relationships, no doubt. I can’t bring myself to think of the possibility that I may never see them again, but the arbitrary goings-on of death make that a distinct possibility, compounding more with each rotation of the Earth. All I can say is that I love you all, truly. I hope this isn’t a weird way to say it. 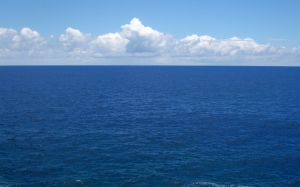