I have plenty of stories to tell, but not enough time to tell them. Why? Simple. Stories take too long to tell. Plus, they require too much. In the time it takes to tell a tale worth telling, you could have updated your facebook, posted a picture on instagram (receiving at least five likes, no less), tweeted an insult at Chris Brown AND called someone on youtube a faggot. So instead of hearing a story, I typically hear requests to speed it up. Summaries, gists, abbreviated versions, to which I reply, no, I won’t tell a story in a nutshell. Call it my artistic crusade.

^^Leads the internet in youtube comments containing the word “faggot.”

The gist of something never seems to do justice to it. Intuitive, I know, but I have a genuine love/hate relationship with nutshells and abbreviations. If the devil is in the details, then it’s a handsome devil. For example, when students ask me the inevitable “why is the sky blue?” question, I always have to settle on the familiar notion that the air rejects blue and absorbs the rest of the colors, as if the particles have some magic panel they hold up to arbitrarily dole out their approval. The real beauty, of course, is that light waves excite particles so that their electrons start to jump orbitals, emitting a photon that produces a specific amount of energy depending on which orbital the electron jumps from and to. That energy is so precise that it expresses itself at a single point on the color spectrum. See? So much better! 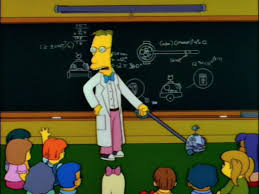 You won’t enjoy this on as many levels as I do!

But on the other hand, the magic panel version of the story seems to resonate – or at least register better with people uninterested in science. And it’s not like it’s a false explanation, it’s just…malnourished. And really, what is a nutshell if not a deliberate mechanism of malnourishment? Nuts are, by definition, seeds. Nutshells are instruments of purposeful restraint. A seed is primed to grow and pursue life, but on its own it is too vulnerable to start growing in just any old environment. So, evolution delivered the hard shell to encase it, preventing growth until it is in a position of optimal germination conditions. Whether that is water seeping through imperceptible crevices in the soil that forces the seed to expand and disrobe, or in the belly of a bird whose digestive acids strip the seed of its shell and leave it in an excrement orphanage, the seed patiently waits for the right moment. A nutshell prevents growth. A nutshell limits life.

That is why I will not tell a story in a nutshell. Stories require life to bear fruit. In fact, the beginning of a story is literally the beginning of life. The creation of worlds. So until people put themselves in a position where stories have the necessary time and attention to flourish, they will remain in their shells, waiting for life.

“Wait, I don’t get it. The stories will be in the shell, or the people will?”

I don’t think there’s much of a difference.